Beautiful Eindhoven is something you’ll often catch yourself saying when you step on to the lands of this small, city. Even though it is small it is still one of the biggest cities in the south of Holland. It is well known for its tech and design scene. It is home to a Philips electronic and lighting company workforce.

Beautiful Eindhoven, as it were, is a city bustling with street life. There are, “people walking around, sitting on terraces drinking coffee or beer, or biking around. But it’s so much more than the typical Dutch city”. But what is there to do in the city?

Well, there Van Abbe Museum, one of Eindhoven’s most iconic museums. “With an impressive permanent collection of contemporary art, this is one of Europe’s best modern art museums. Founded in 1936, the museum today has been a leader in new and revolutionary projects”. There are many different tours to choose from included alternative routes and self-guided tours. There’s a specific tour called “Queering the Van Abbe” which is inclusive of LGBTQ art and artists.

There are so many things to do in Beautiful Eindhoven, such as going out for a fantastic meal or looking at the beautiful scenery. What is also nice is that Holland is relatively small and the Netherlands, in general, is a country that is quite easy to get around.

Adam from Travels of Adam wrote the original blog post, and there are so many cool tidbits of information in it. 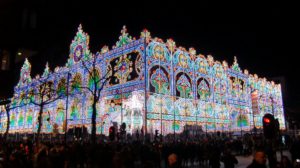