Lauren of Never Ending Footsteps has been a big European traveller. She’s been to around thirty-two European cities. She loves the continent but does have a big problem with her travels (in hindsight at least). See, she usually only travels to capital cities. She loves what she sees but she understands that Europe has more to offer than just the metropolitan areas. So when she had the opportunity to go travelling in the Netherlands she couldn’t say no.

But why the Netherlands? She had already been to Amsterdam, so why go back to the country? She explains it as follows:

1. The Netherlands is incredibly compact which is incredibly helpful to someone who has travellers fatigue. “Our longest travel day was from Maastricht to the Hague, which came in at two-and-a-half hours. It was such a novelty not to have to write off an entire day due to travel”, Lauren wrote.

2. Travelling in the Netherlands is also very cheap. Lauren was surprised at the affordability of transportations saying that, “Utrecht to Leiden totalled 5 euros, and Leiden to Maastricht cost us around 20 euros.”

3. Travel in the Netherlands is simply easy. The majority of the people in the Netherlands speak English so communicating and asking for help was a real non-issue. There are signposts everywhere you go so getting lost is not going to be a problem.

Lauren has written so much about the Netherlands we think you ought to check out the rest of her article.

You can read more by clicking here. 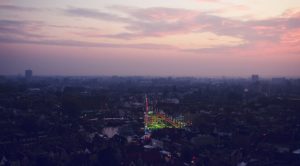