Virginia is well known for its rich history and the diversity of the people and cultures residing within it. Despite all of this, a lot of people overlook the many fun outdoor adventures it provides. So the question goes, why not combine the history with the outdoor adventures? Here are 12 places to visit in Virginia.

Starting with James Madison’s Montpelier estate, with over 8 miles of walking trails, winding horse pastures, wildflower meadows and sprawling forests, this spot proves to be an adventure filled historic spot to explore. One of the most popular historic trails in the U.S, the Montpelier Civil War trail, spans a mile and is a flashback to the changing times within U.S history.

You will notice a lot of historical landmarks appear on the top lists of places to visit in Virginia.  The Appomattox Court House National Park soon follows in Civil war history as the house that brought the terms of surrender. With numerous hiking trails outside and actors recanting real life stories outside, it is perfect for history lovers and hikers alike. Lying in the heart of Richmond, Belle Island historic park is appreciated by land and water enthusiasts for its wide array of activities. From mountain biking the single track trails to kayaking down the rapids of the James River, the historic park is also offers a view upon its past colonial establishments and housing remnants of old iron and nail factories from the past along its trails.

Jefferson’s Monticello estate also clears the list as his masterpiece and most worked on project. Housed within the beautiful Blue Ridge mountains, it offers spectacular views alongside the many trails that surround it. Manassas National battlefield park offers over 40 miles of trails and the significance of the site of the battle of bull-run, the first major battle in the civil war. Natural bridge state park is a breathtaking historic landmark that offers views on the changing times of settlers and the indigenous people that lived their prior.

Colonial National park in Yorktown contains many historic settlements, battlefields and notable sights within its 8,600+ acres of land– including the Jamestown Settlement and the Yorktown Battlefield. Washington’s Mount Vernon estate is also notable as one of Virginia’s most beloved historic sights spans an 18 mile trail with views like no other. Down the road from Jefferson’s Monticello estate lies his good pal James Monroe’s Highland estate on his 500 acre property that contains rustic trails for cycling and horseback riding.

The Frontier Culture Museum of Virginia consists of eleven permanent homes that portray how cultures blended together early on to influence the American settlements that stemmed from the diverse cultures that embody the area to this very day. Again, this is another place with many hikes and views along the way. The Chancellorsville battlefield in Fredericksburg makes the list as a preserve intended to tell the stories of the four civil war battles fought within the 7,600+ acre park, with 23 hiking trails based around it.

Finally, Twin Lakes state park in Green Bay concludes the list as the only state park in Virginia that, during the pre-emancipation times, was the only African American accessible park in the state. Visitors can learn about its important contributions to equality along the way its pebble ridden dirt beaches and beautiful waters. 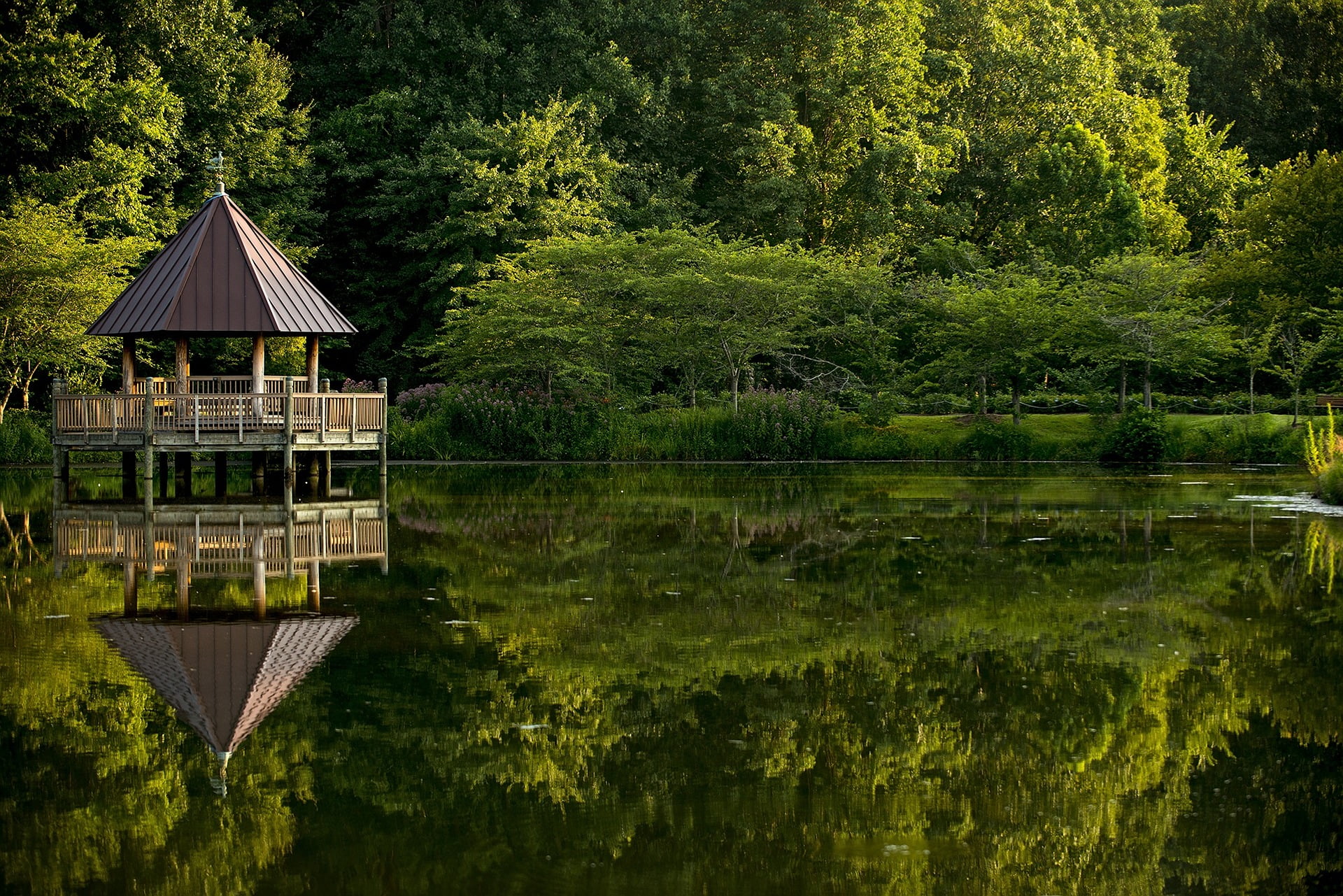